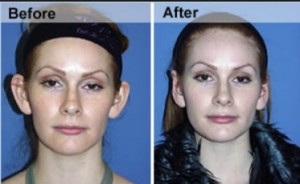 Otoplasty is a surgical procedure that calls for the reshaping or reconstruction of ear or earlobe for extending a more aesthetic look to it. For instance, in cases wherein the patient encounters the issue of ears jutting out from the side of the face, the surgeons would push the ear close to the head so that the overall appearance of the patient’s countenance looks normal. The results rewarded by this procedure to the patient are permanent. Also, if you have a congenital birth defect that affects the appearance of ear lobes and the shape of the ear, otoplasty can just be the kind surgical procedure you should be going for.

What is the procedure followed in otoplasty?

The structure of a normal ear is composed of skin and cartilaginous tissue. The procedure is commenced by placement of a cut in close access to the line that lies between the joint of skull and the ear. The superficial layer of the skin is then carefully lifted and detached from the underlying cartilage. Repositioning of the cartilaginous tissue is done in such a manner that the ear gets pulled towards the head. The incision is then closed with the use of fine suture material. Performed under the affect of local anaesthesia, this procedure takes no more than a duration of 45 minutes.

Can exact symmetry be achieved in the ear’s positioning after this procedure?

Though the patients demand 100% symmetry in this ear pinning procedure, a point to be taken into account is that when carefully observed, even the natural ear levels are not symmetrical to the fullest. A recent study performed on the otoplasty patients confirmed that average difference existents between both ears after the surgery would be approx. 2mm (which is an insignificant figure).

Am I allowed to take a sauna bath or a hot shower soon after the otoplasty procedure?

Sure you can! Patients are permitted to take showers from the neck down. If you wish to go for hair wash, you would have to wait for 48 hours to pass. However, a little sprinkle of water that may have accidentally took place while taking shower shouldn’t be treated as a major concern by the patient. The line of suture is protected by the layer of blood’s crust that gets formed over it after a few hours of surgery. This crusty layer comes off on its own after a week’s time. A sauna session on the other hand is recommended for the patients only after a time span of 3-4 weeks has passed.

Can I pursue my regular college sports after undergoing this procedure?

The only sport that has been advised for refraining after otoplasty is wrestling. Wrestling involves a lot of violence which can prove to be harmful for healing. Sports like scuba diving and swimming can be resorted to after a week has passed after surgery.

Are there any follow-up visits required after this procedure?

No, the patient gets healed on his/her own after a passage of a few days.

Get Your Questions Answered Today